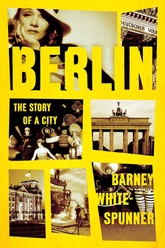 Berlin: The Story Of A City

An epic history of an extraordinary city

There has always been a particular fervor about Berlin, a combination of excitement, anticipation, nervousness, and a feeling of the unexpected. Throughout history, it has been a city of tensions: geographical, political, religious, and artistic.

With Berlin, Barney White-Spunner delivers an intoxicating history of a remarkable city and her people—from the medieval kings surrounding Berlin's founding to the world wars, tumult, and the reunification. The story told in Berlin also attempts to answer one of the greatest enigmas of the twentieth century: How could a people as civilized, ordered, and religious as the Germans support first a Kaiser and then the Nazis in inflicting such misery on Europe?