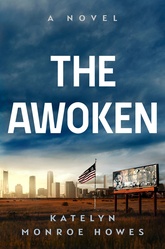 When Alabine Rivers, a young woman with a bright career and romance ahead of her, finds out that she has terminal cancer, the only thing that gives her solace is the possibility of a second life through the emerging field of cryogenics.

A century later, scientists have discovered how to bring back the dead from preservation, but humanity has been locked in a philosophical battle over the ethics of this new Godlike power, a battle that has turned violent: those who are resurrected, the Awoken, have been declared illegal and are to be shot on sight.

Finding herself in a completely unfamiliar era, and one where she is an outsider for the first time in her life, Alabine must figure out how to survive and find her place in this new world.